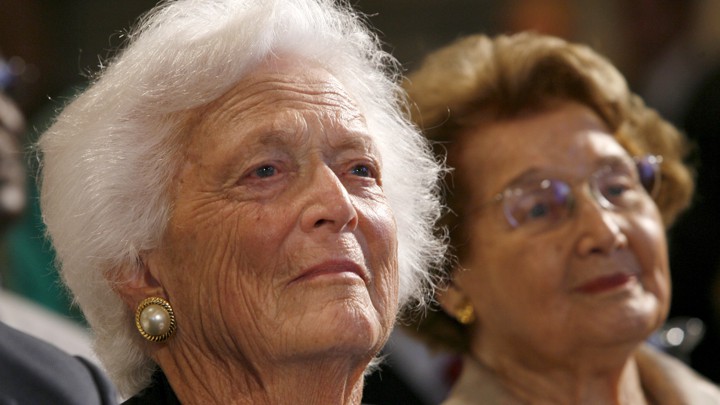 To the Friends, Colleagues and Admirers of Barbara P. Bush, First Lady of the United States 1989-1993:

Ginger and I were privileged to attend the memorial services for Barbara Bush in Houston Texas, on April 21 at St. Martin’s Episcopal Church.

It was an inspiring program, honoring a life of service to her family and to her country.  The eulogies given by Susan Baker, Jon Meacham, Jeb Bush, Barbara’s granddaughters and Reverend Russell Levenson were very moving and illustrated some of her many contributions to our country.

Clearly, Barbara was one of the outstanding and most beloved First Ladies of the United States in the 20th Century.

Barbara also contributed to the development of the Morehouse School of Medicine, serving as a trustee from January 1983 to January 1989.  She also supported programs to promote literacy, through the Barbara Bush Family Literacy Foundation.

To honor her, Ginger and I have made a gift to Morehouse School of Medicine to establish the Barbara P. Bush Endowed Scholarship.

We are very grateful to Barbara Bush, whose life enriched us all.

For a video of the April 21 service, please see:  https://www.click2houston.com/news/some-details-of-barbara-bushs-funeral-released